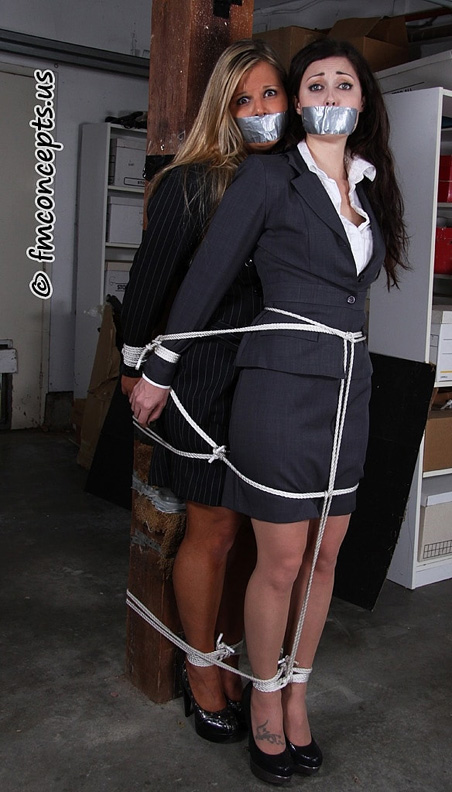 partner Jessica Marie had been grabbed, she collected the ransom and courageously brought it to the location where Jessica was being held! But the hideously masked man refused to release his prey, instead trussing Melissa to the postbound